Novel single-cell transcriptome sequencing assays allow researchers to measure gene expression levels at the resolution of single cells and offer the unprecedented opportunity to investigate fundamental biological questions at the cellular level, such as stem cell differentiation or the discovery and characterization of rare cell types. The majority of the computational methods to analyze single-cell RNA-Seq data are implemented in R making it a natural tool to start working with single-cell transcriptomic data. Using real single-cell datasets, this course provides a step-by-step tutorial to the methodology and associated R packages for the following four main tasks: (1) normalization, (2) dimensionality reduction, (3) clustering, (4) differential expression analysis. 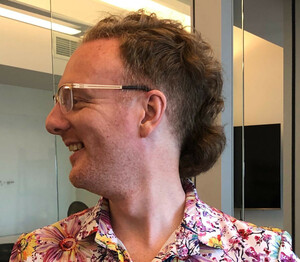 Senior Data Scientist, Whole Biome
Fanny Perraudeau is a Senior Data Scientist at Whole Biome where she manages, designs, and implements novel genomics algorithms and bioinformatics pipelines to further improve the analysis of of Whole Biome microbiome data. In addition, she runs statistical analyses to aid the company’s therapeutic discovery efforts. She has a master from Ecole Polytechnique, France and a PhD in Biostatistics from University of California, Berkeley with a Designated Emphasis in Computational and Genomic Biology. Much of her work is motivated by the development and application of statistical methods and software for the analysis of biomedical and genomic data, especially metagenomics and single-cell RNASeq.
See More

Join over 7 million learners and start Single-Cell RNA-Seq with Bioconductor in R today!