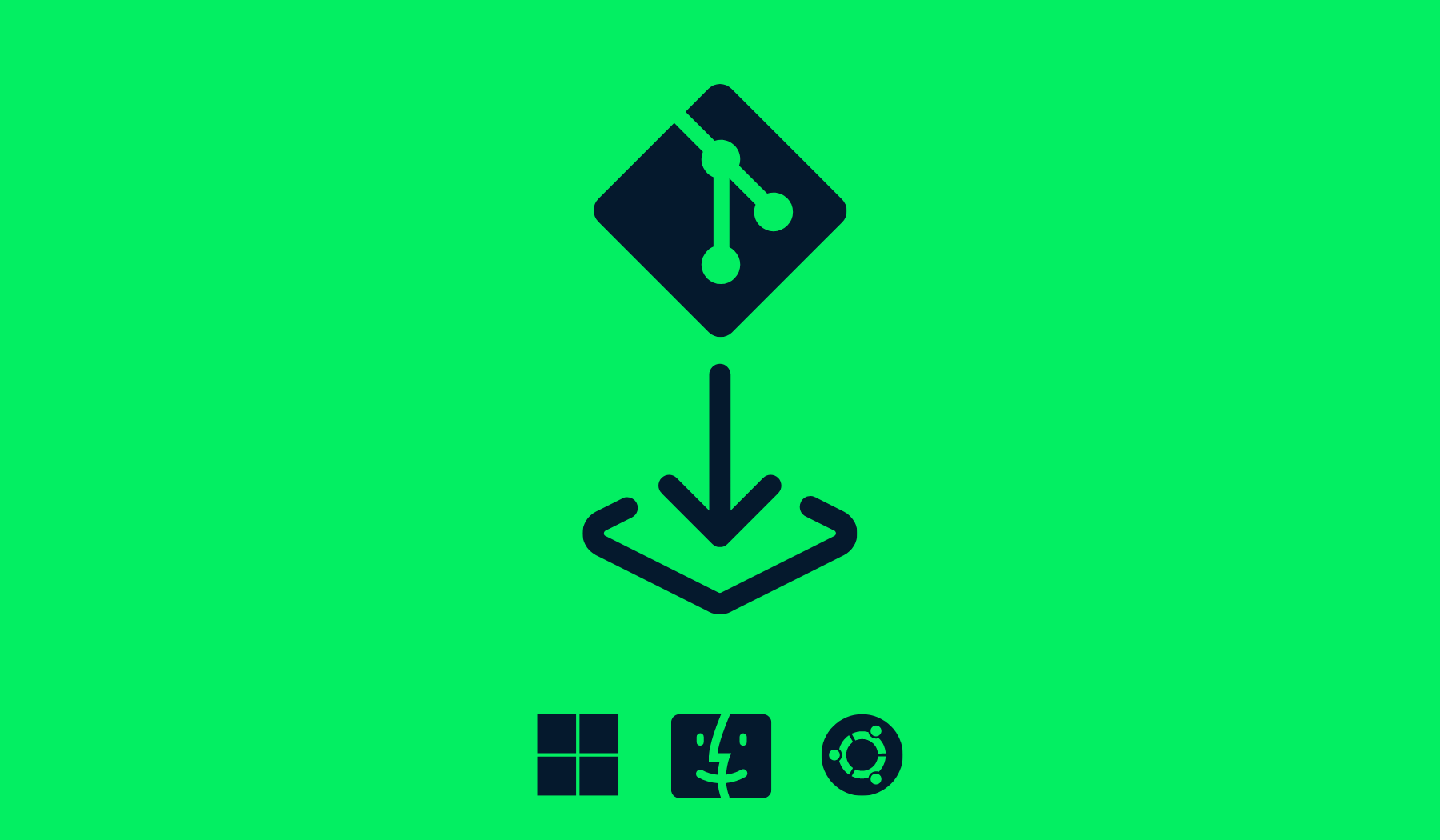 Git is an open-source version control system, which data scientists use to track changes in code, models, datasets, and metadata. Git allows us to merge changes and revert to older versions of code and data. It also lets us sync changes with a remote server. Due to its popularity, Git has become an industry standard, and most development programs (VS Code, JupyterLab, Atom) come with a built-in integration of Git and GitHub. Learn more about Git by reading this Intro to Git and GitHub Tutorial.

macOS Xcode comes with built-in Git and GitHub features; and if you are not an Xcode user, you can install Git with Homebrew, MacPort, or a binary installer.

Homebrew is a package manager for macOS. You can install, modify, and uninstall applications using a simple command in the terminal.

First, you need to install Homebrew, then type the command into the terminal.

To Install git-gui and gitk for a user-friendly experience and browsing interactive commit history, type in the command below.

MacPorts, a software manager for macOS systems, is similar to Homebrew.

If you have MacPorts installed, then:

You can also install Git using the installer by Tim Harper. Download and install the latest setup from SourceForge.net.

By following the installation instructions and keeping everything in its default setting, you can install the Git package within a few minutes. 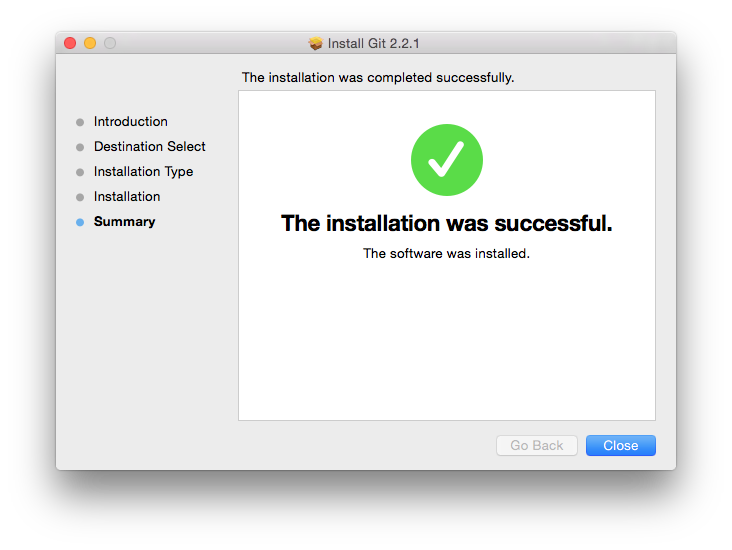 Linux is the most popular operating system (OS) among developers, and the majority of web servers are running on Linux/Unix-based systems. In this section, we will learn to install Git on various versions of OS using command-line tools.

We will update apt-get and install the latest version of Git. apt-get is a command-line tool that allows you to modify, install, update, and remove the software.

To install Git on older versions (up to 21) of Fedora use:

Other Linux and Unix based OS

There is a long list of various versions for Linux/Unix-based systems, and you can use the commands below to install Git on almost every OS.

Installing Git on Windows is fairly straightforward. In this section, we will learn how to install Git using Winget, Chocolatey, and a binary installer.

Winget package installers come by default with Windows 11, so it is quite easy for users to run the command on PowerShell. You can also install it on older versions of Windows from the Microsoft store.

Chocolatey is a package manager for Windows. If you have installed it on your system, then simply run the command on PowerShell.

Download the latest (2.35.2) 64-bit version of Git setup. If you want to download a portable or 32-bit version of setup, check out the Git download page. After downloading the Windows binary setup, it is time to run it. 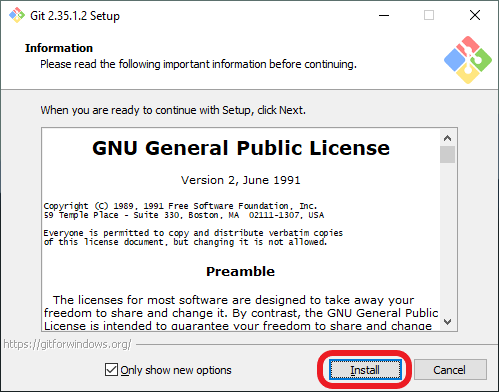 Click on the install button and follow the instructions to extract the package. The setup will take a few minutes, and it will also install Git LFS, Git Bash, and Git GUI.

Keep options at default. You can remove the installation of Git Bash and other supportive applications by clicking on the checkmark. Make sure the default editor is either VS Code or Atom. You can set the default Git branch later, but it is easy to set it within the installer. In the next step, set Git to be accessed by the command line and other 3rd party software. Use the default option OpenSSL library and Git Credential Manager Core for a better experience.

If you are new to Git, keep everything at default. As you become more comfortable with it, you can make changes using the Git command line. 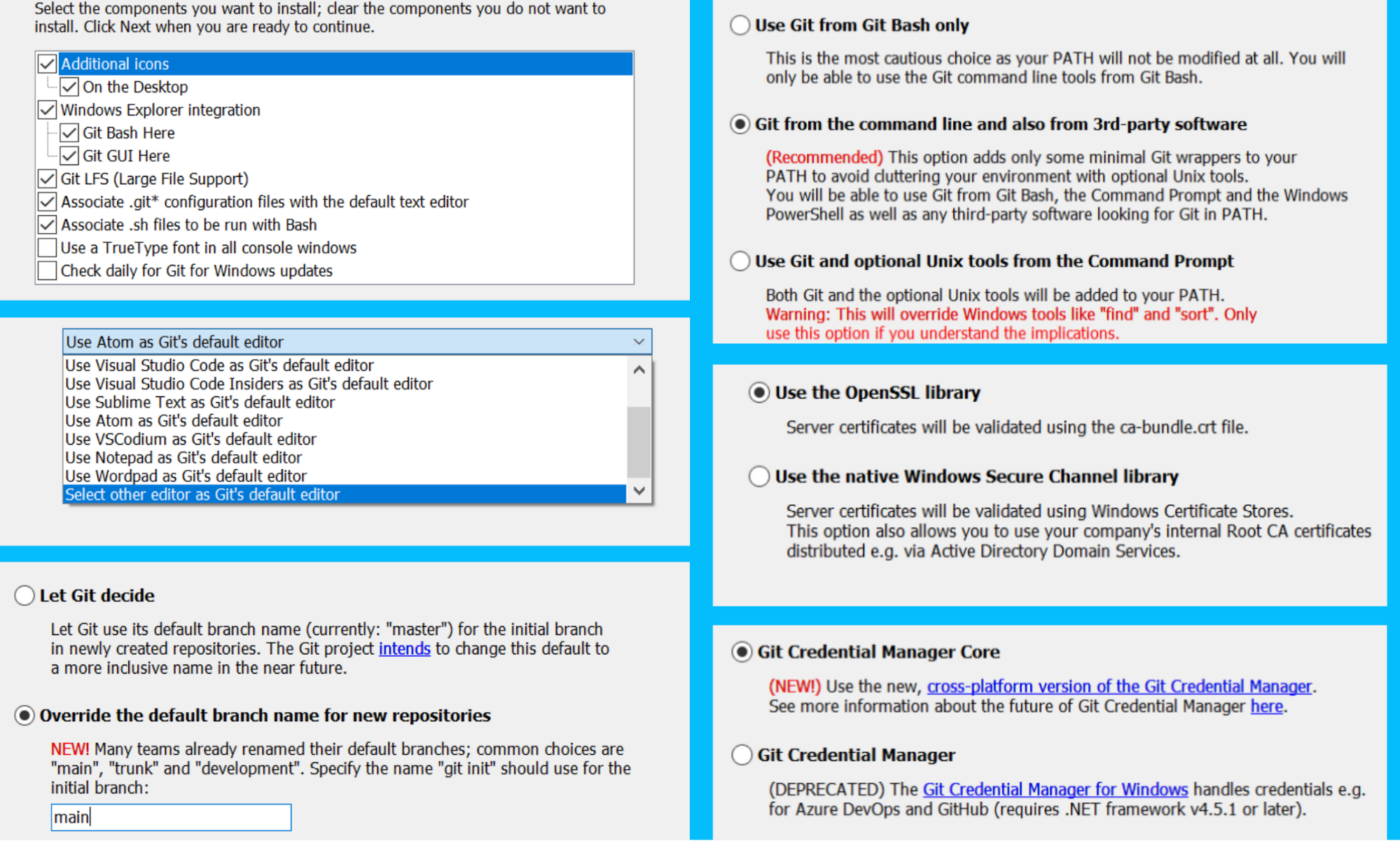 To validate the installation, run the Git Bash and type `git –help`. 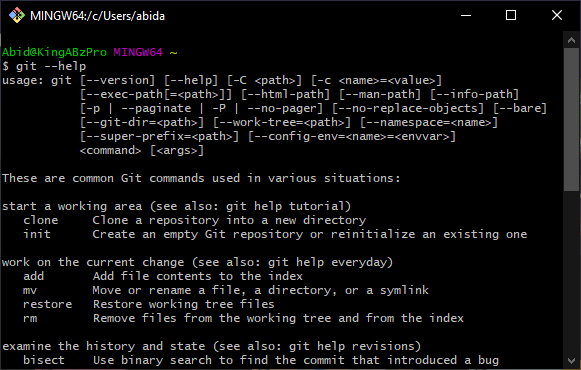 You will also see Git Bash and Git GUI options when you press the right-click button on your mouse. This is part of the accessibility so that you can open Git Bash in a specific directory containing the Git repository. 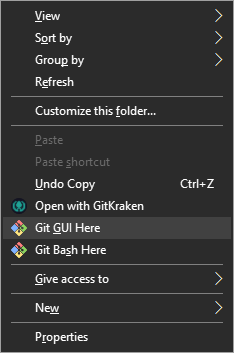 The Git GUI helps visualize branches and historical changes, and instead of typing commands, you will be pressing buttons. 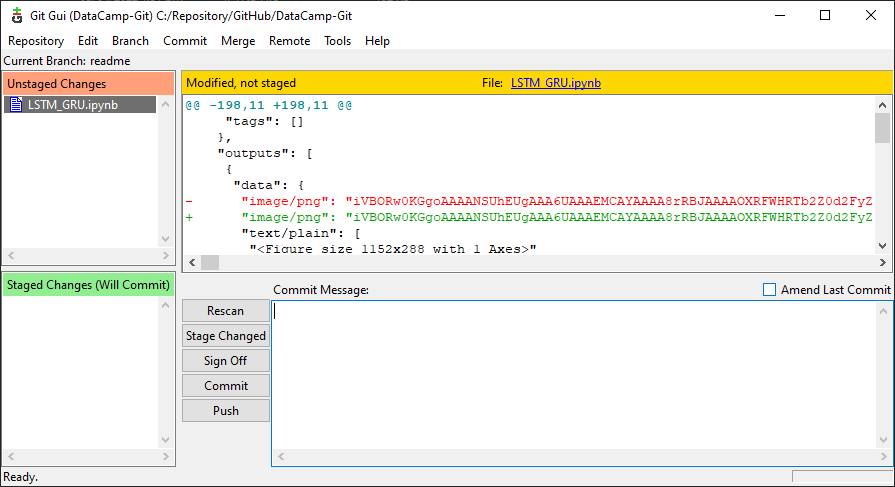 It is necessary to configure Git before jumping into creating a repository. Setting up a username and email are necessary as they are yours to sign commits.

After early configuration, you are ready to add a file, commit, and push it to GitHub. On your first push, you have to add a username and password. After that, Git will store your credentials so that you don't have to type the password in again.

Git Large File Storage (LFS) is an open-source Git extension for tracking and versioning large files. In data science, it is used for versioning large models, datasets, and metadata. The LSF replaces large datasets with a text pointer inside Git and stores the original files on a remote server. This makes versioning, pulling, and pushing large files faster. It also optimizes the storage.

After successfully installing the LFS, run the command below in the terminal to initialize a large file storage system.

Git GUI is for both beginners and experts. Instead of typing commands, you can use a graphical interface to initialize, modify, and push changes to the Git remote server. The visualization features of historical commits are quite useful in tracking the project's progress.

Git GUIs are necessary as they come with additional features such as project management, multiple repository management, team management, visualizing Git branches, tags, submodules, and much more. The best Git GUI client comes with Visual Studio Code as it is fully integrated with the development environment. You can perform all the tasks by clicking on options and avoid making mistakes.

Git has become an essential tool for software developers and data scientists. Even machine learning engineers use it to track the changes in models, datasets, monitor performance metrics, and data pipelines. If you are new to Git and want to understand how it works, then read All About Git. You can also learn by solving 46 coding exercises within DataCamp’s Introduction to Git course.

In this tutorial, we have shown how to install Git on various operating systems. Furthermore, we have discussed how to set up Git configurations, install Git large files storage, and make use of Git graphical user interface.

How do I install GitHub Desktop?

Download the installer from the GitHub Desktop website. GitHub Desktop is an open-source, user-friendly interface for performing Git related tasks. It is highly recommended for beginners.

How do I install Git on Windows?

If you have a winget installed, then use:  winget install --id Git.Git -e --source winget or download a binary windows installer.

How do I install Git on Mac?

If you have Homebrew installed, then use brew install git command to install Git or a binary installer.

How do I install Git on Ubuntu?

How do I install Git on Linux?

For Debian and Ubuntu: sudo apt-get install git, for Fedora: dnf install git, and for other Linux/Unix based operating systems refer to the heading.

How do I install Git Bash?

It comes by default with Windows setup. Git Bash allows users to run Unix commands on Windows systems, where it emulates a bash environment.

How do I install Git in Visual Studio Code?

VS Code provides seamless integration for Git and GitHub by default. You can add extensions such as GitHub Pull Request, Gitlens, and Git History for an improved experience.

How do I install Git inside a Docker container?

How do I install Git LFS?

For Windows, download and install Git LFS from the project website, for macOS use: brew install git-lfs, and for Linux use: sudo apt-get install git-lfs . To initiate Git LFS use: git lfs install.

How do I install Git Lab?

How do I install Git in Fedora?

For older versions (up until Fedora 21) use:  yum install git, and for versions from 22+ use the dnf install git command to install.

How do I install the Git command line?

If you are using Linux, type this command into bash: sudo apt-get install git , and for other operating systems check out the Git download manual.

A beginner’s guide tutorial demonstrating how to use the Git Revert and Reset commands.