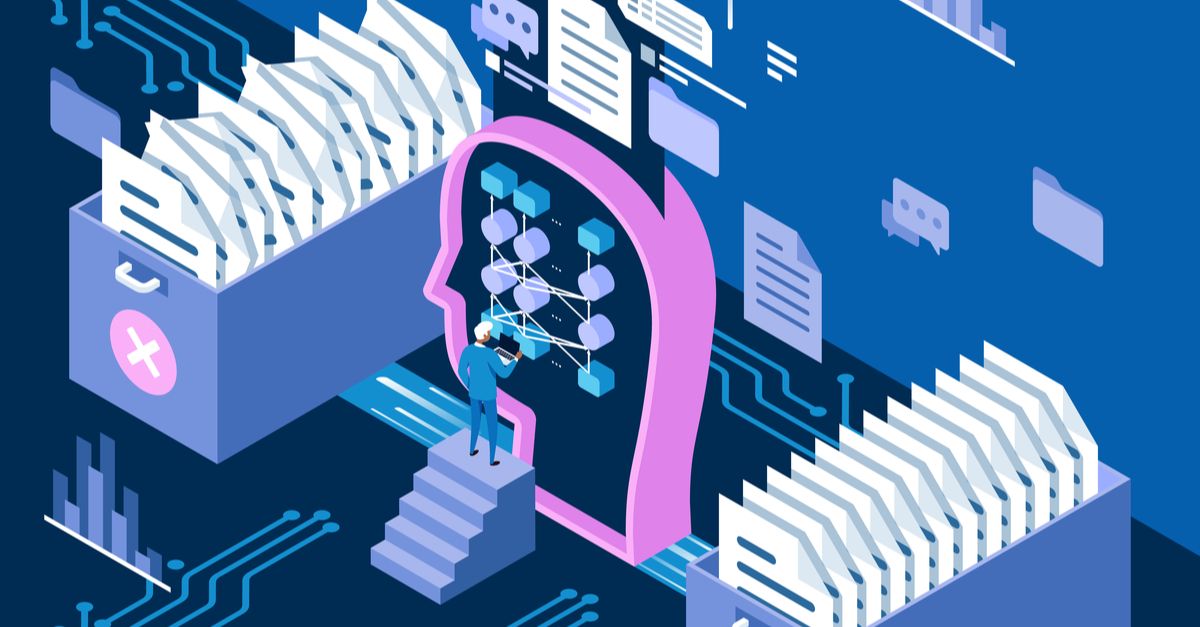 In this PyTorch tutorial, we will cover the core functions that power neural networks and build our own from scratch. The primary objective of this article is to demonstrate the basics of PyTorch, an optimized deep learning tensor library while providing you with a detailed background on how neural networks work.

Note: Check out this DataCamp workspace to follow along with the code written in this article.

What are neural networks?

Neural networks are also called artificial neural networks (ANNs). The architecture forms the foundation of deep learning, which is merely a subset of machine learning concerned with algorithms that take inspiration from the structure and function of the human brain.  Put simply, neural networks form the basis of architectures that mimic how biological neurons signal to one another.

Consequently, you’ll often find resources that spend the first five minutes mapping out the human brain’s neural structure to help you conceptualize how a neural network works visually. But when you don’t have an extra five minutes to spare, it’s easier to define a neural network as a function that maps inputs to desired outputs.

The generic neural network architecture consists of the following: 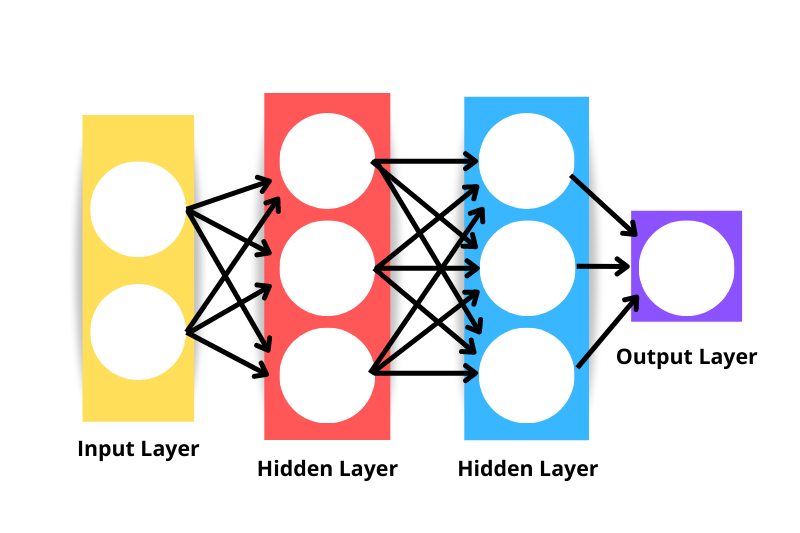 Note the neural network displayed in the image above would be regarded as a three-layer neural network and not a four - this is because we do not include the input layer as a layer. Thus, the number of layers in a network is the number of hidden layers plus the output layer.

How do neural networks work?

Let’s break down the algorithm into smaller components to understand better how neural networks work.

Although weight initialization does not completely solve the vanishing or exploding gradient problem, it certainly does contribute to its prevention.

Zero initialization means that weights are initialized as zero. This is not a good solution as our neural network would fail to break symmetry - it will not learn.

Whenever a constant value is used to initialize the weights of a neural network, we can expect it to perform poorly since all the layers will learn the same thing. If all the outputs of the hidden units have the same influence on the cost, then the gradients will be identical.

Random initialization breaks the symmetry, which means it’s better than zero initialization, but some factors may dictate the model's overall quality.

For example, if the weights are randomly initialized with large values, then we can expect each matrix multiplication to result in a significantly larger value. When a sigmoid activation function is applied in such scenarios, the result is a value close to one, which slows down the learning rate.

Another scenario in which random initialization may cause problems is if the weights are randomly initialized to small values. In this case, each matrix multiplication will produce significantly smaller values, and applying a sigmoid function will output a value closer to zero, which also slows down the rate of learning.

A Xavier or Glorot initialization - it goes by either name - is a heuristical approach used to initialize weights. It’s common to see this initialization approach whenever a tanh or sigmoid activation function is applied to the weighted average. The approach was first proposed in 2010 in a research paper titled Understanding the difficulty of training deep feedforward neural networks by Xavier Glorot and Yoshua Bengio. This initialization technique aims to keep the variance across the network equal to prevent gradients from exploding or vanishing.

The He or Kaiming initialization is another heuristic approach. The difference with the He and Xavier heuristic is that He initialization uses a different scaling factor for the weights that consider the non-linearity of activation functions.

Thus, when the ReLU activation function is used in the layers, He initialization is the recommended approach. You can learn more about this approach in Delving Deep into Rectifiers: Surpassing Human-Level Performance on ImageNet Classification by He et al.

Neural networks work by taking a weighted average plus a bias term and applying an activation function to add a non-linear transformation. In the weighted average formulation, each weight determines the importance of each feature (i.e., how much it contributes to predicting the output).

The formula above is the weighted average plus a bias term where,

If the formula looks familiar, that’s because it is linear regression. Without introducing non-linearity into the neurons, we would have linear regression, which is a simple model. The non-linear transformation allows our neural network to learn complex patterns.

We’ve already alluded to some activation functions in the weight initialization section, but now you know their importance of them in a neural network architecture.

Let’s delve deeper into some common activation functions you’re likely to see when you read research papers and other people's code.

The sigmoid function is characterized by an “S”-shaped curve that is bounded between the values zero and one. It’s a differentiable function, meaning the slope of the curve can be found at any two points, and monotonic, which means it’s neither entirely increasing nor decreasing. You would typically use the sigmoid activation function for binary classification problems.

Here’s how you can visualize your own sigmoid function using Python: 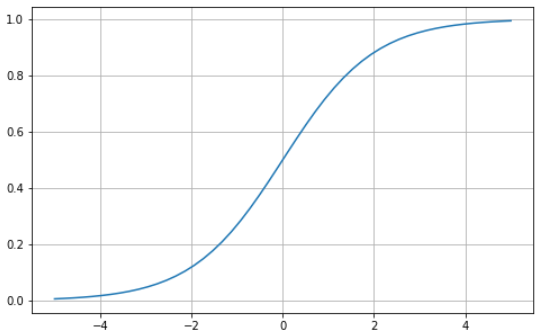 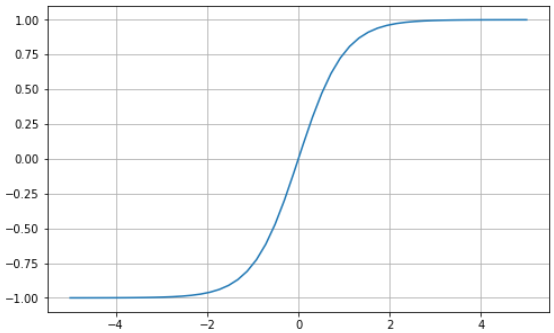 The softmax function is generally used as an activation function in the output layer. It’s a generalization of the sigmoid function to multiple dimensions. Thus, it’s used in neural networks to predict class membership on more than two labels.

Here’s a visual example of the ReLU function using Python: 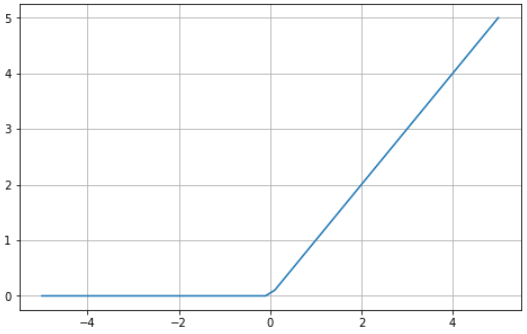 The process from the input to the output layer is known as the forward pass or forward propagation. During this phase, the outputs generated by the model are used to compute a cost function to determine how the neural network is performing after each iteration. This information is then passed back through the model to correct the weights such that the model can make better predictions in a process known as backpropagation.

At the end of the first forward pass, the network makes predictions using the initialized weights, which are not tuned. Thus, it’s highly likely that the predictions the model makes will not be accurate. Using the loss calculated from forward propagation, we pass information back through the network to fine-tune the weights in a process known as backpropagation.

Ultimately, we are using the optimization function to help us identify the weights that may reduce the error rate, making the model more reliable and increasing its ability to generalize to new instances. The mathematics for how this works is beyond the scope of this article, but the interested reader may learn more about backpropagation in our Introduction to Deep Learning in Python course.

PyTorch Tutorial: A step-by-step walkthrough of building a neural network from scratch

In this article section, we will build a simple artificial neural network model using the PyTorch library. Check out this DataCamp workspace to follow along with the code

PyTorch is one of the most popular libraries for deep learning. It provides a much more direct debugging experience than TensorFlow. It has several other perks such as distributed training, a robust ecosystem, cloud support, allowing you to write production-ready code, etc. You can learn more about PyTorch in the Introduction to Deep Learning with PyTorch skill track.

Let’s get into the tutorial.

The dataset we will be using in our tutorial is make_circles from scikit-learn - see the documentation. It’s a toy dataset containing a large circle with a smaller circle in a two-dimensional plane and two features. For our demonstration, we used 10,000 samples and added a 0.05 standard deviation of Gaussian noise to the data.

Before we build our neural network, it’s good practice to split our data into training and testing sets so we can evaluate the model's performance on unseen data. 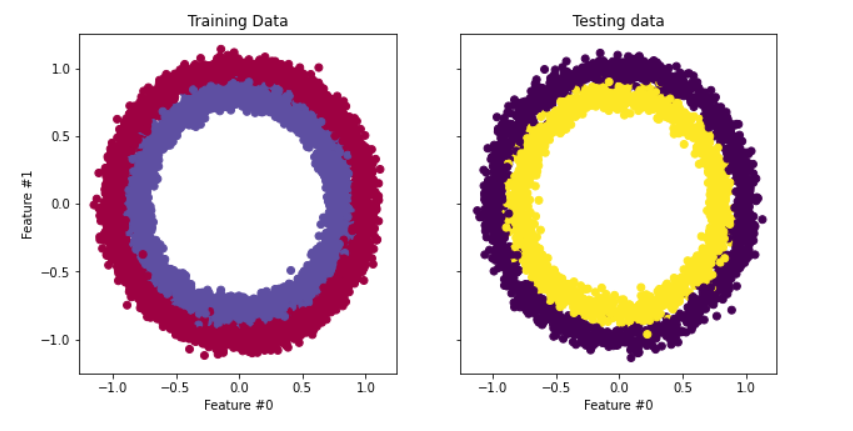 The next step is to convert the training and testing data from NumPy arrays to PyTorch tensors. To do this we are going to create a custom dataset for our training and test files. We are also going to leverage PyTorch’s Dataloader module so we can train our data in batches. Here’s the code:

Now let’s move on to implementing and training our neural network.

To train the model we must define a loss function to use to calculate the gradients and an optimizer to update the parameters. For our demonstration, we are going to use binary crossentropy and stochastic gradient descent with a learning rate of 0.1.

Since we tracked the loss values, we can visualize the loss of the model over time. 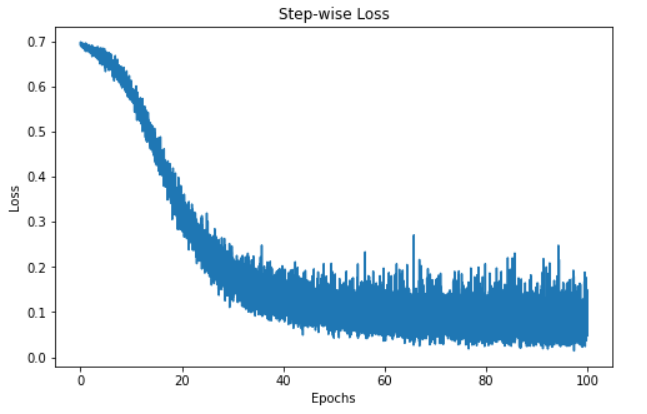 The visualization above shows the loss of our model over 100 epochs. Initially, the loss starts at 0.7 and gradually decreases - this informs us that our model has been improving its predictions over time. However, the model seems to plateau around the 60 epoch mark, which may be down to a variety of reasons, such as the model may be in the region of a local or global minimum of the loss function.

Nonetheless, the model has been trained and is ready to make predictions on new instances - let’s look at how to do that in the next section.

Making predictions with our PyTorch neural network is quite simple.

Note: Each run of the code would produce a different output so you may not get the same results.

The code above loops through the test batches, which are stored in the test_dataloader variable, without calculating the gradients. We then predict the instances in the batch and store the results in a variable called outputs. Next, we determine set all the values less than 0.5 to 0 and those equal to or greater than 0.5 to 1. These values are then appended to a list for our predictions.

To calculate the accuracy of the overall model, we multiply the number of correct predictions by 100 (to get a percentage) and then divide it by the number of instances in our test set. Our model had 97% accuracy. We dig in further using the confusion matrix and scikit-learn’s classification_report to get a better understanding of how our model performed. 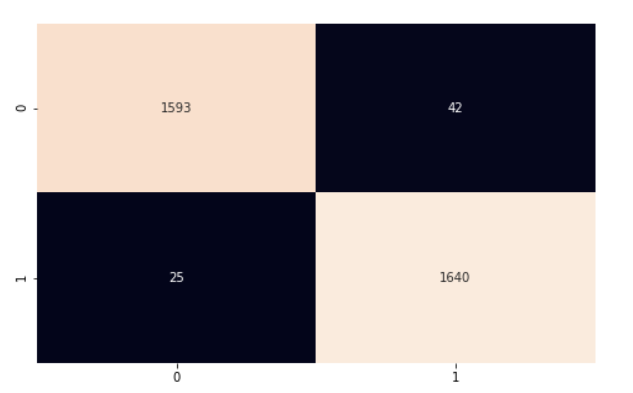 Our model is performing pretty well. I encourage you to explore the code and make some changes to help make what we’ve covered in this article stick.

In this PyTorch tutorial, we covered the foundational basics of neural networks and used PyTorch, a Python library for deep learning, to implement our network. We used the circle's dataset from scikit-learn to train a two-layer neural network for classification. We then made predictions on the data and evaluated our results using the accuracy metric.

Posted in:
Data Science
Share on:LinkedInFacebookTwitterCopy link
← Back to tutorial