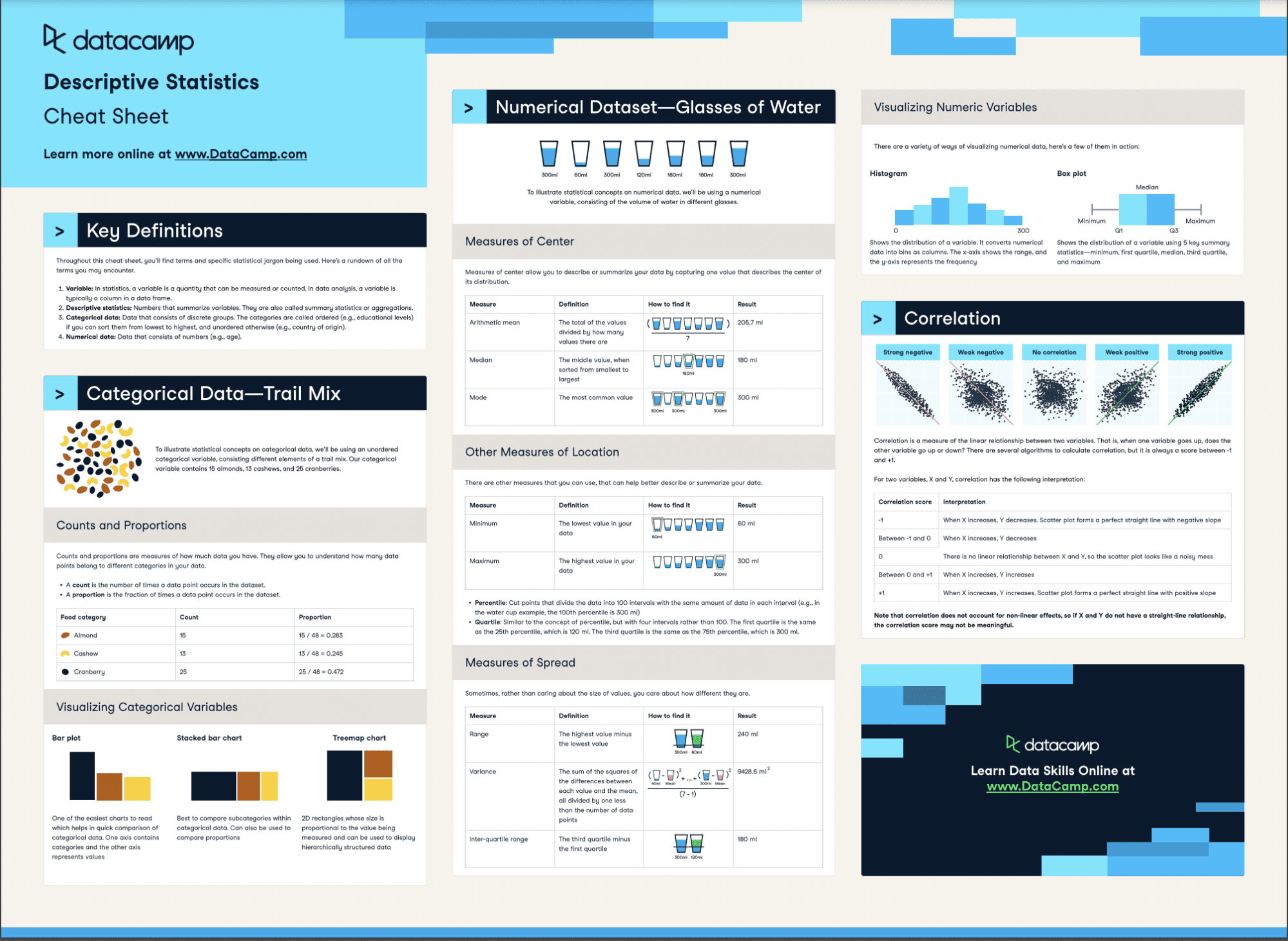 Have this cheat sheet at your fingertips

Throughout this cheat sheet, you’ll find terms and specific statistical jargon being used. Here’s a rundown of all the terms you may encounter.

Counts and proportions are measures of how much data you have. They allow you to understand how many data points belong to different categories in your data.

One of the easiest charts to read which helps in quick comparison of categorical data. One axis contains categories and the other axis represents values

Best to compare subcategories within categorical data. Can also be used to compare proportions

To illustrate statistical concepts on numerical data, we’ll be using a numerical variable, consisting of the volume of water in different glasses.

Measures of center allow you to describe or summarize your data by capturing one value that describes the center of its distribution.

Other Measures of Location

There are other measures that you can use, that can help better describe or summarize your data.

Sometimes, rather than caring about the size of values, you care about how different they are.

There are a variety of ways of visualizing numerical data, here’s a few of them in action:

Correlation is a measure of the linear relationship between two variables. That is, when one variable goes up, does the other variable go up or down? There are several algorithms to calculate correlation, but it is always a score between 1 and +1.

For two variables, X and Y, correlation has the following interpretation:

Note that correlation does not account for non linear effects, so if X and Y do not have a straight line relationship, the correlation score may not be meaningful.