Histograms are popular graphical displays of data points organized into specified ranges. We typically see them in statistics, used to display the amount of a specific type of variable that appears within a certain range. For example, your old math teacher may have used a histogram to visualize the number of marks obtained for all the people in your class. 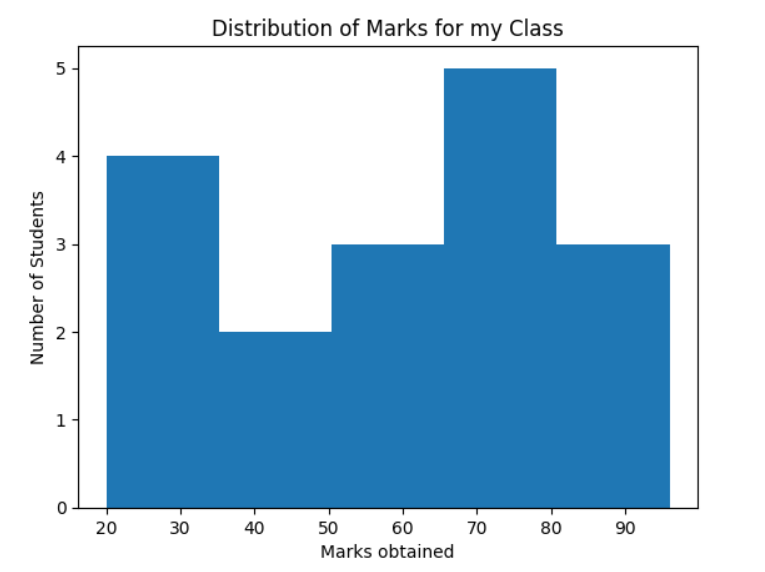 Figure 1: An example Histogram displaying the distribution of marks for a class.

Their distinctive bars of varying heights resemble the aesthetics of bar charts, except histograms are used to visualize quantitative data instead of categorical data – which is the case for bar charts.

Generally, numerical data visualized in histograms are continuous, meaning they have infinite values. Attempting to plot the values of continuous variables is often impractical. Histograms mitigate this issue by grouping several data points into logical ranges (known as bins) and allowing them to be visualized.

Check out this DataCamp Workspace to follow along with the code in this tutorial.

The Importance of Data Visualization in Data Analysis

No business can claim it will not benefit from understanding its data better. The role of data analysis is to help businesses optimize their performance and improve their bottom line; this science spans its wings to all fields where data exists since insight is generally regarded as leverage.

Data visualizations are the graphical representations analysts use to represent information and data. Its purpose is to summarize data to be presented in an easily understandable format, highlighting vital lessons from the data to its readers.

In other words, businesses use data visualizations to aid in rapidly identifying data trends which would otherwise be difficult without visual assistance. Graphical representations make it easy to communicate information in a manner that is universal, fast, and effective.

An Introduction to Plotly

Plotly is an interactive, open-source data visualization library for Python and R written in JavaScript. For this article, we will focus on Plotly Python, occasionally referred to as “plotly.py,” to distinguish it from its JavaScript counterpart.

Many users of Ploty often remark they were initially “captivated” by the modern aesthetics the library enables storytellers to implement quite easily. Plotly Python allows users to create attractive, interactive web-based visualizations that can be:

Another appeal of Plotly is the vast range of chart types available. The library supports more than 40 unique charts spanning various use cases, including statistics, finance, geography, science, and 3-dimensional charts.

Installing plotly.py is reasonably straightforward; It may be installed using pip:

Note: It’s recommended to install libraries in a virtual environment to keep the dependencies for different projects separate. You can also get started with a DataCamp Workspace - a Python & R Data Science IDE in the cloud.

The DataCamp Workspace is an online Integrated Development Environment (IDE) that allows users to write code, analyze data individually or collectively, and share data insights. In other words, you can think of DataCamp Workspace as a kind of Google Docs specifically conceived for data science; learn more about how they work in our article on Using DataCamp Workspace in the Classroom.

The steps to create a workspace using a DataCamp dataset are as follows:

Figure 2: A GIF demonstrating the steps to create a DataCamp Workspace from a dataset.

Note: View Creating a Plotly Histogram with Olympics Data to follow along with the code.

We will use the Olympics Data dataset from DataCamp’s internal data collection. According to the description, this is a historical dataset on the modern Olympic Games, from Athens 1896 to Rio 2016. Each row consists of an individual athlete (271116 instances) competing in an Olympic event and which medal was won (if any).

The columns consist of the following:

Given our current understanding, the columns we can expect to build a histogram from are: age, height, weight, and year. This is because histograms are constructed using continuous numerical values - they are used to represent the distribution of numerical data, where the data are binned, and the count for each bin is displayed.

We will use the age column to create our histogram.

Creating a histogram in Python with Plotly is pretty simple; We can use Plotly Express, which is an easy-to-use, high-level interface…

We also have the option to use Graph Objects.

“The plotly.express module (usually imported as px) contains functions that can create entire figures at once and is referred to as Plotly Express or PX. Plotly Express is a built-in part of the Plotly library and is the recommended starting point for creating most common figures. Every Plotly Express function uses graph objects internally and returns a plotly.graph_objects.Figure instance.”

Despite Plotly express being the recommended entry point to the Plotly library, we will use graph_objects to customize the appearance of our histogram as it has more flexibility.

Customizing the appearance of the Plotly histogram

Currently, our histogram is pretty bland. Let’s spice it up by changing the fonts we use for our title and adding axis labels.

Figure 5: Plotly histogram with an updated title and axis labels added in.

Our histogram is more informative with these additions.

Next, let’s change the size of each bin.

In the code above, we set the xbins parameter in the go.Histogram instance to a go.histogram.Xbins instance and defined the bin size we want as a parameter of that instance. Note we could have also performed this step using a dict object with compatible properties.

Lastly, let’s change the color of the bins to orange to make the visualization stand out a little.

In the code above, we set the marker parameter in the go.Histogram instance to a go.histogram.Marker instance and defined the color we want as a parameter of that instance.

However, there are many other customizations we can make to our Plotly histogram, such as adding hover text.

Text detailing what each bar represents is displayed whenever you hover over a bar in the current histogram - see Figure 8.

Figure 8: The current hover text displayed when hovering over our histogram.

This is not very intuitive. When we perform data visualization, we want our plots to be self-explanatory - even down to the hover text. Therefore, let’s update the information displayed when we hover over a bin.

The text shown when we hover over a bin is much more informative, which makes our visualization much easier to interpret. We did this by updating the hovertemplate parameter in our go.Histogram instance.

Earlier in the tutorial, we said we could expect to build a histogram including the age, height, weight, and year features. There’s no need for us to build an individual histogram for each one.

Instead, we could build a single histogram and add filter buttons that allow you to toggle through which feature to display on the visualization.

Here’s how it looks in code.

Figure 10: The histogram with filters applied that enable users to toggle through various features on a single visualization.

And there you have it; be sure to check out the Creating a Plotly Histogram with Olympics Data workspace, and play around with what we’ve built in this tutorial.

You now know how to create a histogram in Plotly Python; In this tutorial, we covered:

If you’re looking for further resources about creating histograms or using Plotly, check out the links below:

Beginner
4 hours
9,105
Learn how to use plotly in R to create interactive data visualizations to enhance your data storytelling.
See Details
Start Course

Introduction to Data Visualization with Plotly in Python

Building Dashboards with Dash and Plotly

Learn what unit testing is, why its important, and how you can implement it with the help of Python.

Learn about Python sets: what they are, how to create them, when to use them, built-in functions and their relationship to set theory operations.

Explore data analysis with Python. Pandas DataFrames make manipulating your data easy, from selecting or replacing columns and indices to reshaping your data.

In this tutorial, you’ll learn various ways in which multiple DataFrames could be merged in python using Pandas library.