Welcome to part ten of our month-long data demystified series. As part of Data Literacy Month, this series will clarify key concepts from the world of data, answer the questions you may be too afraid to ask and have fun along the way. If you want to start at the beginning, read our first entry in the series: What is a Dataset? 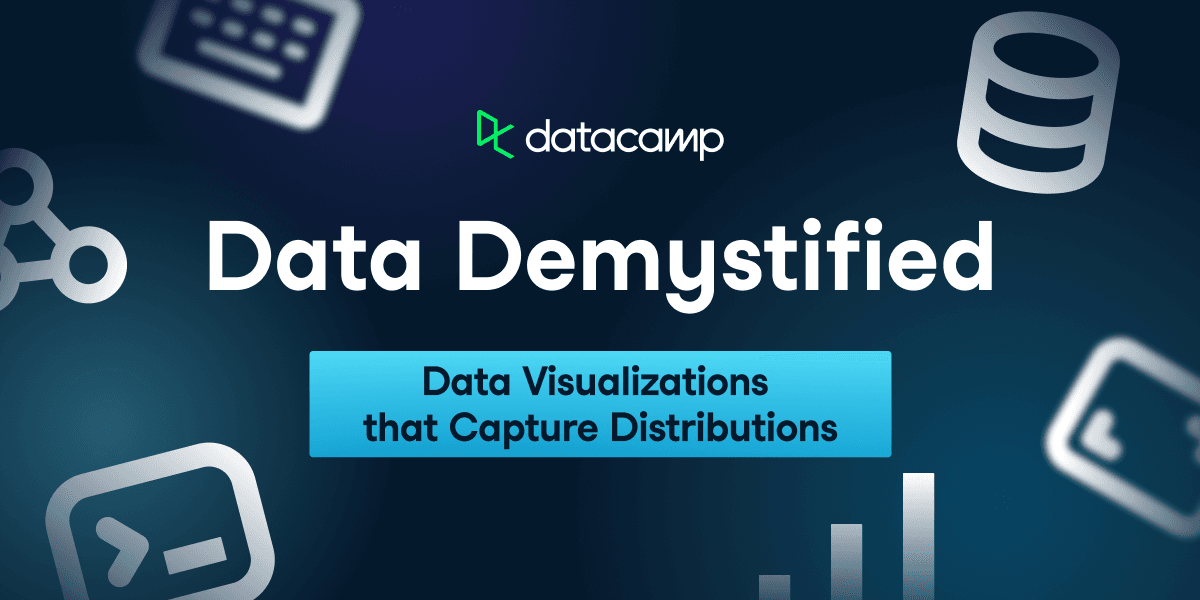 A key use case of data visualization is capturing the distribution of a variable. Capturing distributions allows you to understand critical statistical properties of the data you’re visualizing and help audiences make educated data-driven decisions on key outcomes. Before diving in, here are some key pointers to keep in mind when visualizing distributions:

The four visualizations below help us capture these pointers.

A histogram is a graph showing a numerical variable's distribution with bars. It is a convenient way to illustrate the major features of the distribution, especially when the data set is large. Key examples where histograms shine are capturing the salary distribution of employees in a company or the blood sugar levels of a cohort of patients. 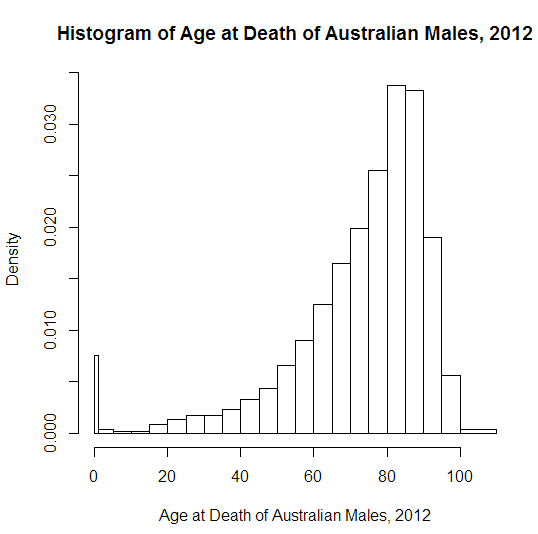 A histogram depicting the age of death for Australian Males in 2022 (Source: Oosterbaan)

To build a histogram, the numerical data is first divided into several ranges or bins, and the frequency of occurrence of each range is counted. The horizontal axis shows the range, while the vertical axis represents the frequency or percentage of occurrences of a range. Histograms immediately showcase how a variable's distribution is skewed or where it peaks. Here are examples from our Data Visualization for Everyone course.

A histogram can be symmetric, left-skewed, or right-skewed. (Source: DataCamp)

A histogram can have multiple modes (Source: DataCamp)

While histograms and bar charts bear resemblances, they serve distinct functions and thus are not to be confused. Here are the key differences. 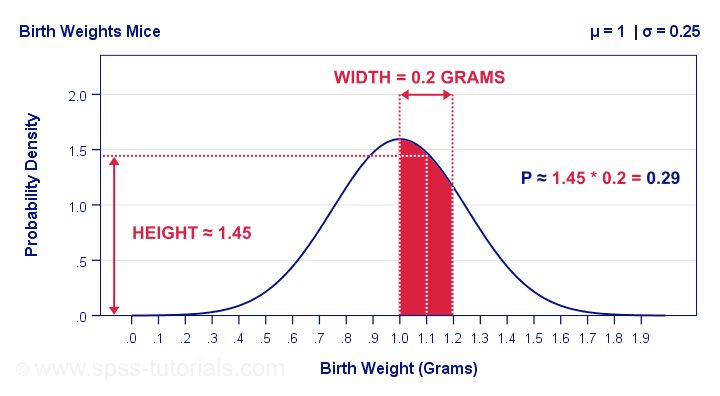 The probability that a mouse has a birth weight of between 1.0 to 1.2 grams is the area under the density plot (Source: SPSS)

A density plot can show the distribution shape more effectively than a histogram. A histogram with too small or large of a bin count might hide the actual shape of the underlying distribution. In contrast, a density plot does not require binning and displays smooth distribution curves.

The choice of bin count in a histogram is crucial. (Source: Laerd Statistics)

A density plot is also better at comparing multiple distributions than a histogram.

Comparing distributions with density plots vs histograms (Source: Koehrsen Will)

Histograms are well-suited for displaying the overall distribution of the data, but box plots are excellent at summarizing a distribution. 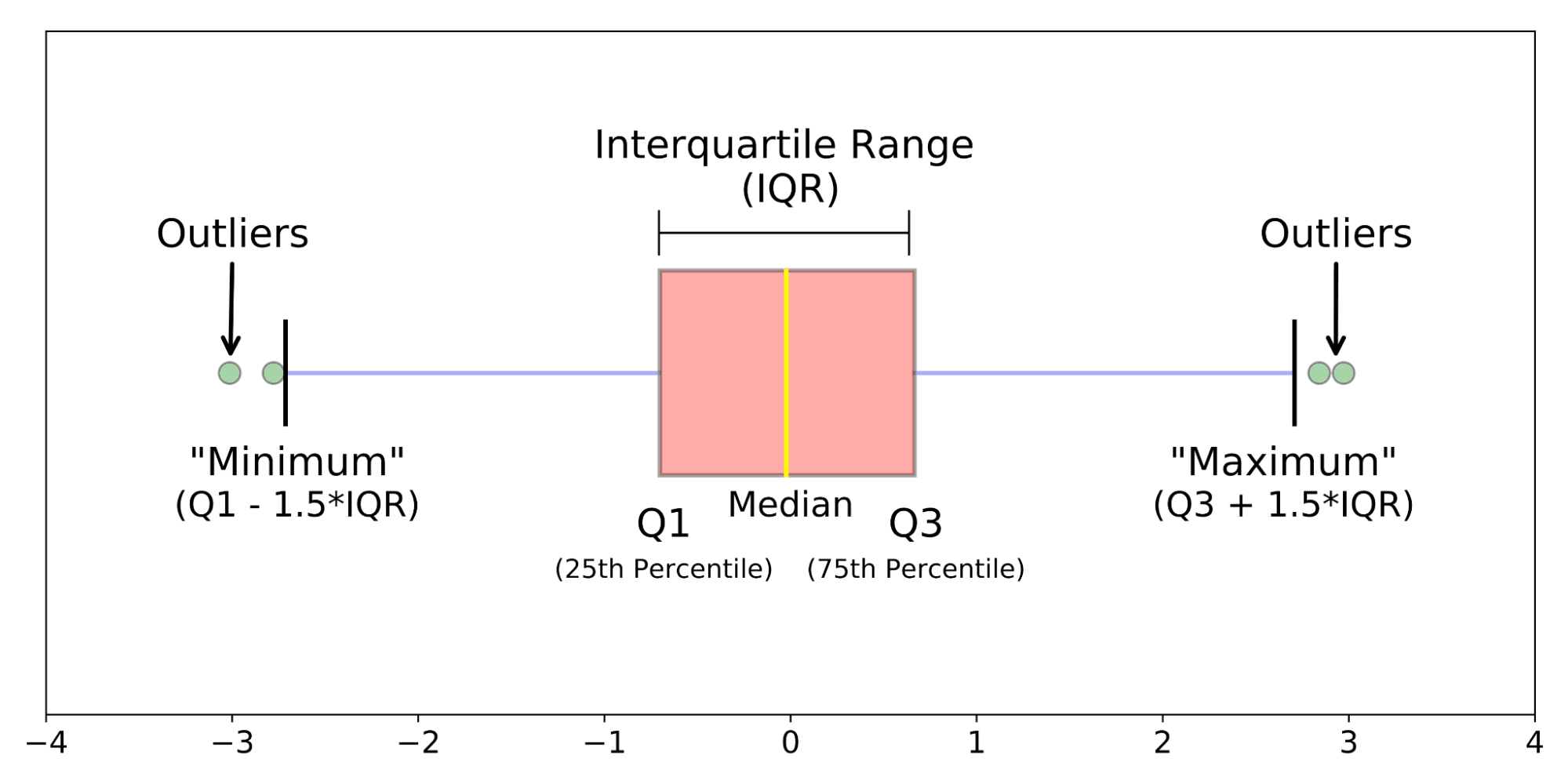 The anatomy of a box plot (Source: Galarnyk)

Visualizing data with a box plot reveals the following:

A violin plot is a hybrid between a box plot and a density plot. 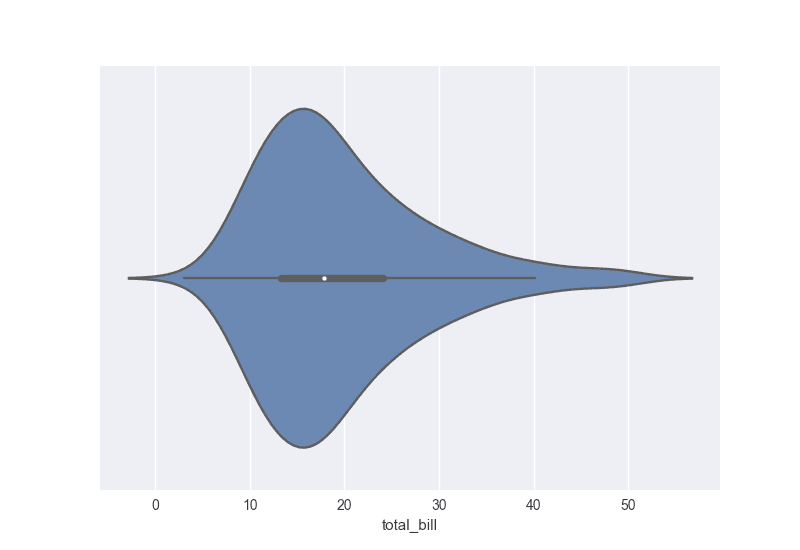 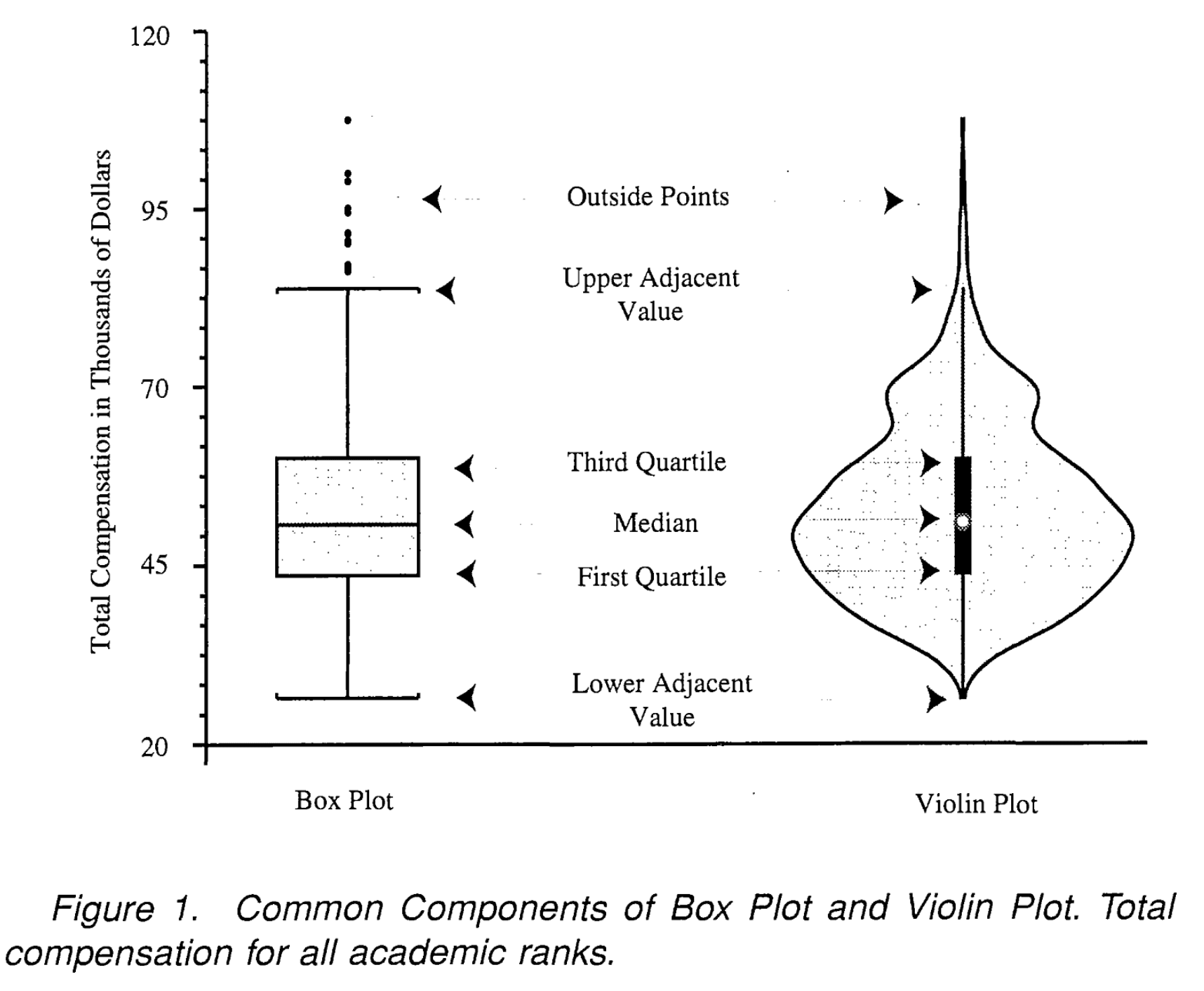 The anatomy of a violin plot (Source: Hintze and Nelson)

Get Started with Data Visualization Today

We hope you enjoyed this short introduction to data visualization. In the next series entry, we’ll look at how AI is covered in the news and how to grow a healthy skepticism around the latest advancements in the field. To start your data learning journey today, check out the following resources.

The Importance of Data: 5 Top Reasons

The Importance of Data: 5 Top Reasons

Why is data important? Learn about the importance of data in the world today and discover some courses to help you improve your own data skills.

Discover what a data analyst is, what they do, and what you need to break into one of the most in-demand careers in data science.

Dashboards are one of the most useful tools when communicating data stories. Here is a handy checklist to keep in mind when designing your next dashboard.

With the rising need for data skills, organizations are building internal data academies to accelerate their data transformation. Here are 5 best practices learned from DataCamp for Business customers.

Learn how to spot bad data, exploring why data quality matters, the cost of poor data, and the 10 signs of bad data.