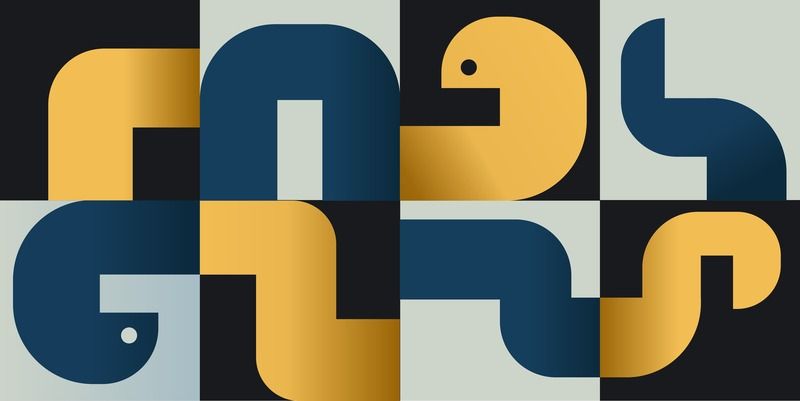 What is the Zen of Python?

Despite the missing twentieth aphorism, the Zen of Python was standardized as PEP 20 in 2004 due to its heavy influence on Python programmers' development process. Following the Zen of Python is not compulsory, but knowing it and keeping it in mind is advised. If you ever forget the lessons, you can easily refresh your memory by running import this from the Python interpreter.

In this article, we are going to cover each lesson in more detail.

#1 Beautiful is better than ugly

If you are a programmer, there is no doubt that you are highly skilled. The ability to solve problems with code is not an easy task, but as a Pythonista, more is expected of you. Beautiful code is better than ugly code. Python’s rapid rise to fame is partly due to its accessibility: it is simple, readable, and elegant. As a Python developer, you have a responsibility to maintain the pythonic standard by writing beautiful code.

What is beautiful code? Well, it is subjective - beauty is in the eye of the beholder and all that jazz. A simple rule of thumb to keep you in check is to write clean, readable code that can be easily understood by other developers. For example:

The code above works perfectly fine, but it is not necessarily beautiful. We have an unnecessary else condition in our collatz function that can be removed as follows:

Thus, when presented with a scenario in which you have two working pieces of code, you should opt for the one that is simpler, more readable, and easier to understand.

#2 Explicit is better than implicit

Explaining any aphorism as “self-explanatory” is a massive mistake - however, you will still see people doing it anyway. The main gist behind “explicit is better than implicit” is that verbose code is preferable to indirect code. Do all you can to ensure your code’s functionality is not hidden behind obscure language. Someone with no prior knowledge of your program should still be able to understand what is happening in your code.

#3 Simple is better than complex

You would probably laugh if your mate pulled out a jetwash to clean the dishes after dinner. Not only is it an extremely daft solution, but there is also a high chance the plates may get damaged. In the same way, applying a highly complex solution to a simple programming problem is extremely impractical. There is no need to overcomplicate your solution, even if you think it makes you look smart. You may cause more damage than justice and it is not appreciated in Python.

Take a look at this function that is used to reverse a string:

The code above certainly solves the problem but it is unnecessarily complex. If you have a good grasp of Python, you know that a string can be reversed with indexing.

#4 Complex is better than complicated

Now, washing plates with a jetwash is impractical: you would be better off with a simple solution such as running tap water. But what if the problem was to clean a 4x4 Range Rover? The previous aphorism and this one remind us that both simple and complex techniques can be applied to solve one problem. Cleaning a 4x4 Range Rover is not a simple problem and trying to apply the same techniques you would use to wash your dishes may work but is more complicated than using a jetwash. Thus, you should favor simplicity over complexity, but in situations where simplicity is impractical, you are better off opting for complexity - know the limits of simplicity.

#5 Flat is better than nested

Programmers love to organize things into categories, subcategories, and sub-subcategories as a way to separate functionality. Although it may sound orderly, organizing code in such a manner may lead to more confusion than it does organization.

There is nothing wrong with putting all of your code in one top-layer module: meaning you would not have to do something like from spam.foo.bar.john.doe import chicken to access a specific functionality. The more subcategories you add, the more complicated your code becomes. Do all you can to stick to a flat structure when possible.

#6 Sparse is better than dense

Programmers are considered to be among the most intelligent human beings, so there is no need to emphasize your intellect with over-elaborate hacks. The most common one you will hear is “how to do [some complicated task] in 1 line of code.” Sometimes, one-liners are justified, but avoid situations in which you compromise readability for the sake of fitting all of the functionality into one line.

Take this piece of code as an example:

The code certainly works but it is an absolute nightmare to understand: it is cramped and hard to read.

Let us see what the same code would look like if we wrote it as sparse code:

The above code is much easier to read and does the exact same thing as the one-liner.

If you have not guessed it already, readability counts when it comes to Python. Your job is to write the code once. However, there is a good chance it is going to be read a number of times. Taking this into account, dropping vowels from variable and function names is not a good idea: in a situation where you can name a function create_lst or create_list, choose the latter.

Python [and programming in general] is full of a number of best practices to adhere to. It is better to follow best practices than to do it your own way since that often leads to inconsistent, unreadable code.

Lesson nine is an extension of lesson eight. Yes, it is better to follow best practices, but going out of your way to adhere to the rules can also result in unreadable code. Thus, each rule may have an exception. If your way of solving a problem is more practical, readable, and easier to understand, then it is better to deviate from the established best practices.

A silent error is when a program returns an error code or None instead of raising an exception. It is better for a program to crash than for the error to be silenced and continue running. In the long run, silencing errors can lead to bugs in your program that are much harder to squash.

Lesson eleven is an extension of lesson ten. There are some instances in which you may want to ignore errors caused by your program. In such cases, the best practice is to explicitly silence the error in your code.

#12 In the face of ambiguity, refuse the temptation to guess

Computers do only what we tell them to do: if your code is not behaving as you would like it to, it is because it is doing what you have told it to do. Trying to fix the behavior by blindly attempting several different solutions until one works is a poor strategy - you may end up masking the problem rather than solving it. Resist the temptation. Instead, think through the logic of the problem and apply critical thinking to come up with an appropriate solution.

The Perl programming language motto is: “There’s more than one way to do it!” Having too many options often leads to choice overload. A similar scenario occurs when there are several ways to write code that accomplish the same goal. You have more flexibility in the way you write code, but now you have to learn all the possible ways the code could have been written in order to read it: the extra work required to learn all scenarios is unnecessary.

This aphorism is a display of Tim Peters’ sense of humor: Guido van Rossum, creator of the Python programming language and Benevolent Dictator For Life (BDFL) for Python, is Dutch. It is a joke to remind us that being able to understand and recall the language rules of Python is difficult for everyone except its creator.

#15 Now is better than never

This aphorism tells us that code stuck in an infinite loop or code that hangs is worse than code that does not.

#16 Although never is often better than *right* now

Continuing on from lesson sixteen: it is better to wait for your program to finish executing than to terminate it early and get incorrect results.

#17 If the implementation is hard to explain, it’s a bad idea

It is not good enough if you are able to understand your own implementations - “I know what I’m trying to say” does not cut it. Programming is a team activity, and if you are unable to explain your implementation to your teammates, then it is very likely that you have made the solution too complicated.

#18 If the implementation is easy to explain, it may be a good idea

#19 Namespaces are one honking great idea - let’s do more of those!

A namespace is an abstraction used in Python to organize names assigned to objects in a program. When presented with a particular namespace and scope, Python is able to determine what object you are referring to when you make a call to a symbolic name. All this aphorism is saying is that the way Python organizes the symbolic names under the hood is pretty awesome.

In this article, we have presented our interpretation of the Zen of Python, guidelines created to motivate Python programmers to write clean, readable code. Whilst some look at the Zen of Python as the ultimate blueprint for seamless code writing, others take it less seriously.  We suggest you try applying the principles to your own code to see how they can improve your work firsthand.  If you'd like to learn more about writing optimized code, check out DataCamp's Writing Efficient Python Code.

Beginner
3 hours
343,113
Learn the art of writing your own functions in Python, as well as key concepts like scoping and error handling.
See Details
Start Course
See all courses
Related

Learn to access and run SQL queries on all types of relational databases using Python objects.