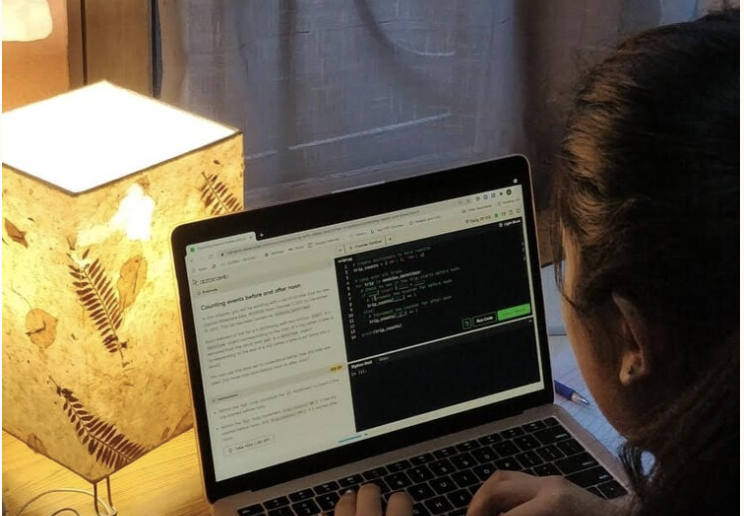 The COVID-19 pandemic affected our daily lives in ways we had never before experienced. In the United States, nonessential businesses were required to close between March and April 2020. In the following months at DataCamp, we saw large increases in users and engagement. New peer-reviewed evidence has found that DataCamp has had a democratizing effect in providing data science education—especially for people from minority and low-income communities.

Our mission, to democratize data skills for everyone, drives much of our work, such as DataCamp Donates and DataCamp for Classrooms. Having evidence based on high-quality data that directly supports DataCamp’s mission is noteworthy and exceptional.

Reducing the Learning Gap with DataCamp

PNAS (Proceedings of the National Academy of Sciences of the United States of America) recently published an article studying the effect of pandemic policies on DataCamp users and engagement. PNAS is a multidisciplinary, peer-reviewed journal and is the second-most cited journal in the world. The article has since been cited in Newsweek among others. While the article makes generalizations of the findings to online learning and edtech in general, let’s focus here on what the research means for DataCamp, our learners, and our DataCamp Donates partners.

“...Online learning platforms like DataCamp can be an important tool for facilitating upskilling among workers in lower-skilled areas.” — PNAS March 16, 2021 118 (11)

The authors combined socioeconomic features of the zip codes from US Census data with DataCamp usage. Zip codes also provided the link to data on pandemic severity and the timing of policies that closed nonessential businesses. The various timings at which pandemic policies were implemented created an unexpected and unique experimental design. This was effectively a randomized experiment at an individual level as individuals did not have control over when their locality closed nonessential businesses. This gave the authors a unique opportunity to establish a causal link between DataCamp users and engagement, business closures, and socioeconomic factors.

The authors' main finding was that DataCamp had a democratizing effect and that all socioeconomic groups increased in terms of new users and engagement with DataCamp. Specifically, the authors found that nonessential business closures caused a 38% increase in new users and a 6% increase in engagement from existing users as measured by the number of completed exercises. The increases were proportional across various socioeconomic factors, including income, racial composition, percentage of college graduates, and the local economy; and engagement was higher for many minority groups.

Previous research suggested that online learning maintains or even strengthens socioeconomic barriers, so the authors’ findings are striking, even surprising. But the weight of the evidence speaks for itself; this is the largest such experiment ever conducted on the relationship between online learning and socioeconomic factors, and one that is unlikely to be repeated.

While seeing research driven by DataCamp’s data in a world-renowned journal such as PNAS is noteworthy in its own right, it is worth reflecting on what this research means. At DataCamp, our mission is to democratize data skills for everyone. This research, in no small part, proves that we are achieving our mission. There is now causal, peer-reviewed evidence that DataCamp can provide, as the articles’ authors say, “an accessible and inclusive environment to learn new skills,” and that DataCamp benefits learners from all socioeconomic backgrounds.

This has implications for our individual learners as well as businesses using DataCamp to professionally develop their workforce. This research shows that our platform is accessible to learners from many different backgrounds and that, when given the time and opportunity to learn, DataCamp successfully attracts learners from across income, racial, educational, and occupational divides

Explore the findings from the DataCamp Donates 2020/2021 Report and learn about DataCamp's social impact.